Is your business experiencing financial difficulties?

Get your stress FREE advice from our expert team

By submitting this form you agree with our privacy policy and to be contacted in relation to your enquiry.

We acted for the Examiner in this matter which proves that there is hope in these incredibly difficult times. This case sets a precedent for the hospitality industry; the first of its kind to come out of Examinership post-Covid.

The Court approved the Examiner’s proposals for a Scheme of Arrangement. The proposals set out a clear path for the Company to continue as a going concern even with massive pressure on cash flow due to imposed restrictions. Jobs have been saved and livelihoods protected which is crucial in these unprecedented times.

Is your business currently experiencing finanical and cashflow issues due to COVID-19 and the current economic crisis?

If so, you have multiple options to address these problems. Our dedicated team of legal professionals are on call 24/7 to make sure our clients are taken care of.

Speak to an Expert Today

MAKE AN ENQUIRY
SCHEDULE A CALL

Examinership is a mechanism provided for the rescue and return to health of ailing but viable companies. The necessity for this process has never been more prevalent than now, during such harsh economic times. A company must be (a) insolvent and (b) have a reasonable prospect of survival to qualify for Examinership. A company can be afforded up to 100 days protection from its creditors (by the Circuit or High Court depending on its level of turnover), within which time they must formulate proposals for a Scheme of Arrangement which must be approved by an impaired class and ratified by the Court. The optimum outcome of the process is that creditor balances are reduced, the assets of the company are protected and investment is procured. The Company’s directors normally remain in control of the business during the examination process which is supervised by an expert Accountant under the advices of qualified lawyers. When successful, the company’s balance sheet will be in considerably better shape allowing it to retain employment and ideally thrive into the future.

The whole process from start to finish is a nuanced one, requiring expert guidance throughout. Not all companies are suitable candidates for Examinership and often an incorrect diagnosis can be detrimental. It is imperative that you obtain accurate, concise, trusted legal and accountancy advice.

An extremely cost-effective method for a company to continue as a going concern is to avail of a Scheme of Arrangement. This underutilised provision of the Companies Act 2014 (the “Act”) is the most efficient way to save a company on the brink of extinction, thus retaining employment and hopefully laying the path for a bright future. If your company meets the criteria, as an alternative to Examinership, this is an excellent option.

Part 9 of the Act; Sections 449 – 454: Schemes of Arrangement provisions provide that an arrangement may be entered into by a company about to be, or in the course of being, wound up. Such an arrangement is entered into between the company and its creditors and requires the consent of the members of the company, which must be given by special resolution (a majority of 75% of the members), and the consent of 75% in number and value of all creditors of the company.

A Scheme of Arrangement proposal must be prepared and sent to shareholders/creditors. If shareholders and creditors meetings vote in favour of the scheme to the requisite value, then it is necessary to bring an application to the High Court to have the scheme sanctioned and approved pursuant to Section 453 (2)(c) of the Act. Once sanctioned by the Court the scheme is binding upon creditors.

Although the company will cease to be a going concern, it is still absolutely imperative that accurate and trusted legal advice is obtained. Sound advice can make a significant difference in protecting various commercial interests.

Our team at Brady Kilroy have acted in multiple Liquidations in the High Court on behalf of companies, directors, creditors and the Revenue Commissioners. We also act in the prosecution and defence of restriction/disqualification of company directors. We are exceptionally experienced in the process and have strategic relationships with leading Insolvency Practitioners. A small sample of some recent cases we advised upon, include:

The Companies (Small Company Administrative Rescue Process and Miscellaneous Provisions) Bill 2021 amended the Companies Act 2014 to provide for a new dedicated rescue process for small and micro companies. Small businesses facing insolvency will be able to cut debt with support from a simple majority of creditors.

The Small Company Administrative Rescue Process (SCARP) involves the formulation of a rescue plan to be entered into between the company and its creditors. The rescue plan may involve the partial write off and / or restructuring of the company’s legacy debt.

In order to qualify for a SCARP, a company must be financially viable and have a reasonable prospect of survival.

In order to avail of the SCARP process, a company must have meet two out of the three criteria below:

The primary purpose of SCARP will be saving a company and the underlying jobs, the main aspects of the process are summarised below: 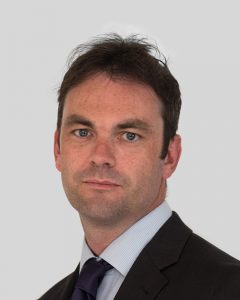 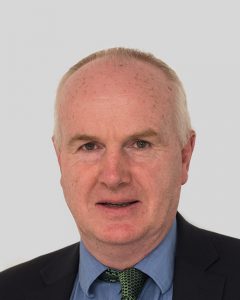 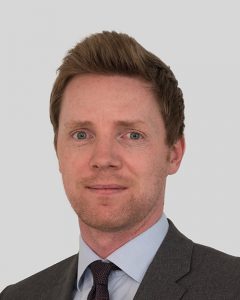 Speak to an Expert Today

MAKE AN ENQUIRY
SCHEDULE A CALL

Following our initial consultation, we will assess the facts and determine the best course of action for your business.

We will open dialogue with creditors on your behalf.

Initiate the correct course of action for your business in conjunction with expert Insolvency Practitioner.

In the case of examinership bring the necessary motion/petition to the relevent Court.

Guide you through the process with a view to returning your business to solvency.